Multi-instrumentist, prolific composer for danse, theatre and cinema, René Aubry is the creator of some unclassifiable sound universes listened and loved in the whole world for more than 40 years..

As an eminently solitary composer, he works all by himself from his wooded studio-house: guitars, mandoline, strings, keyboards, percussions, machines, he plays everything and, as a freedom-loving researcher, creates a music full of uniqueness and with its own strongly recognizable color. 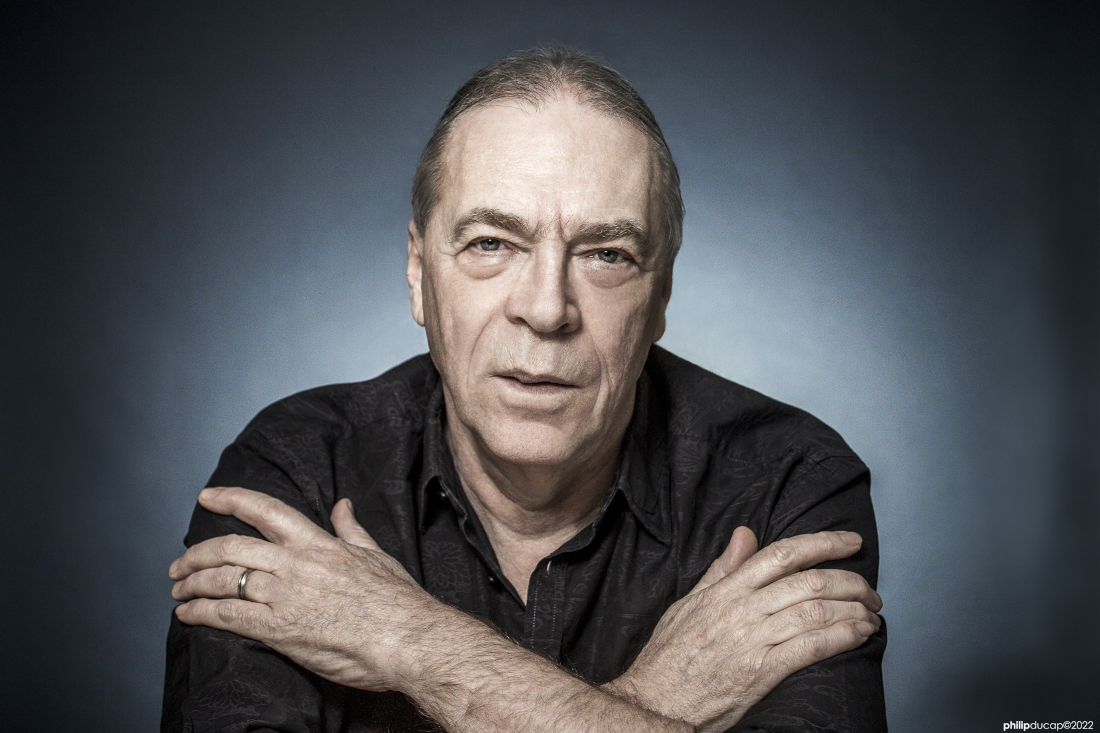 Born in the East of France, Les Vosges, in 1956, this self-educated guitar player and admirer of, among others, Leonard Cohen, Philip Glass or Matos Hadjidakis, will cross the road and the life of the choreographer Carolyn Carlson in 1978. This decisive event for his artistic future lead him to became her official composer and musician. From this mutual inspiration will arise the so-called ballets « Blue Lady » in 1983, « Steppe » in 1990 and « Signes » in 1997, rewarded the next year by a Victoire de la Musique.

From his discography emerge a common theme through his collaborations with Carolyn Carlson or with the puppeteer Philippe Genty, his original soundtracks for cinema, as well as some more personal explorations from the most purified music – « Plaisirs d’amour » in 1998 or « Invités sur la Terre » in 2001 -, to darker and intimate works – « Seuls au Monde » in 2003, « Mémoires du futur » in 2006 or « Refuges » in 2011 – all of it following the alchemy between acoustic instruments and computer productions.

René Aubry performed all over European stages from 1999 to 2014 as a concertist or with his septuor. He is nowadays focusing on his own albums and score music recordings.

Finding back his inner child, René Aubry was entrusted in 2009 by Magic Light Pictures for the scores of dozens of Julia Donaldson’s books adaptations in animated movies – from « The Gruffallo » in 2009, to « Stickman » in 2016 or the brand new « Superworm » in 2021- broadcasted for Christmas Day on BBC.